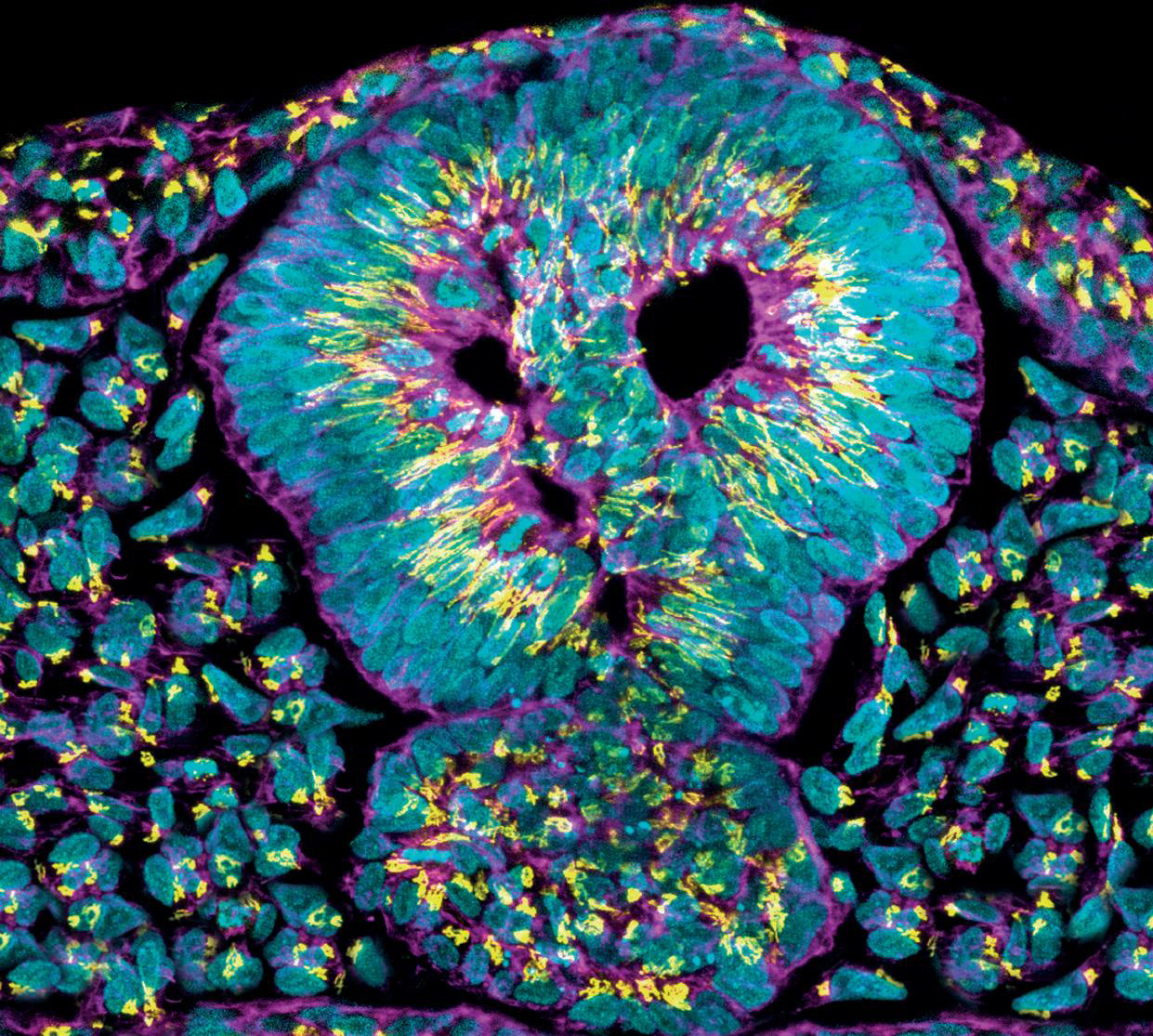 different aspects of the biology of a group of axial progenitors, referred to as neuromesodermal progenitors (NMPs), that play a fundamental role in the axial elongation of vertebrate embryos. The workshop aimed to stimulate discussions on the normal development and regeneration potential of these cells, as well as on methods to further direct NMPS differentiation towards specific cell lineages.

In the meeting Elisa Martí presented a novel role played by the TGF-beta/SMAD3 signalling in the dynamic events that lead to de novo lumen formation and that culminate in the formation of a 3-dimensional, secondary neural tube from NMPs. The findings of Marti’s group research will be relevant to understand caudal, skin-covered neural tube defects, amongst the most frequent birth defects detected in humans. This study was the PhD thesis of Elena Gonzalez-Gobartt and is now being continued by Jose Blanco-Ameijeiras, both students at IBMB.

The design of immunoglobulin-like domains from scratch has been a long-standing challenge. We have identified…

28/06/2022 │  Within the framework of the Jérôme Lejeune Foundation Grants programme, which targeted research…

Marc Liesa has obtained a Leonardo Scholarship for Researchers and Creators from BBVA: https://www.redleonardo.es/noticias/adjudicadas-60-becas-leonardo-2022/#biologia-biomedicina Congratulations!

This website uses cookies to improve your experience while you navigate through the website. Out of these cookies, the cookies that are categorized as necessary are stored on your browser as they are essential for the working of basic functionalities of the website. We also use third-party cookies that help us analyze and understand how you use this website. These cookies will be stored in your browser only with your consent. You also have the option to opt-out of these cookies. But opting out of some of these cookies may have an effect on your browsing experience.
Necessary Always Enabled
Necessary cookies are absolutely essential for the website to function properly. This category only includes cookies that ensures basic functionalities and security features of the website. These cookies do not store any personal information.
Non-necessary
Any cookies that may not be particularly necessary for the website to function and is used specifically to collect user personal data via analytics, ads, other embedded contents are termed as non-necessary cookies. It is mandatory to procure user consent prior to running these cookies on your website.
SAVE & ACCEPT