We are a vocationally diverse committee. Each member has a unique role in our community. 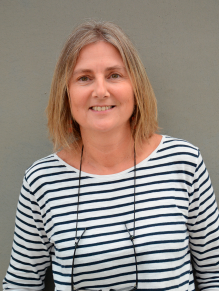 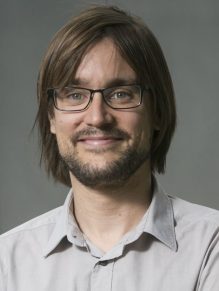 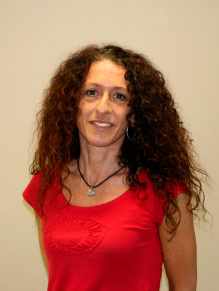 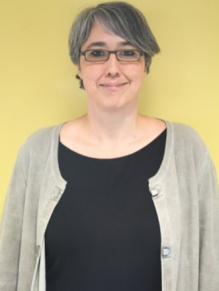 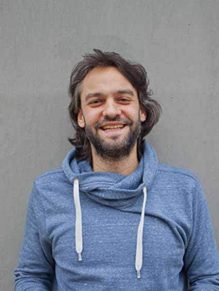 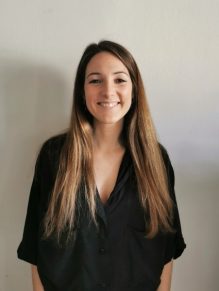 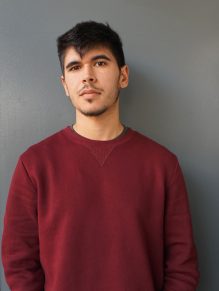 The committee aims to identify and promote initiatives that support diversity at IBMB. We strongly believe that diversity stimulates creativity and consequently scientific excellence.

Our specific objectives are:

1) Gather and analyze our current situation of diversity in terms of, mainly, gender balance and equality, but also in cultural and personal-condition diversity and LGBT+ inclusivity.

3) Promote the values of diversity, equality and inclusion in all aspects and activities at IBMB, from inclusive language to selection of speakers

6) Protect staff against sexual harassment and discrimination based on gender, race or sexual orientation (See Mailbox)

Despite efforts by the Spanish government to enact policy changes that support women’s inclusion in the workforce and more access to leadership positions, women still hold only 14.3% of the higher level positions in large companies. This percentage is lower than other European countries, and research shows that society still considers women less fit for leadership roles (Hernandez Bark, A. S., Escartín, J., & van Dick, R. (2014). Gender and leadership in Spain: A systematic review of some key aspects. Sex Roles, 70(11), 522-537).

European (and Spanish) laboratories are highly populated by young female predoctoral and postdoctoral researchers. However, the proportion of women in positions of responsibility (leading laboratory researchers, departmental / center directors) remains low. This is an endemic disease in all professional activities.

Today, IBMB is formed by 29 teams, ~40% of these teams are led by women PIs. This extraordinary gender balance at IBMB PIs is the consequence of very active female faculty, with strong leadership, that have been historically participating in the institute direction boards since 2006. Underlaying this strong female participation there has been an extraordinary ~50% incorporation of female PIs along the 20 years of IBMB consolidation. This gender balance of PIs is high for this ICU when compared to similar ICUs in campus (IRB, ~20%) or to the CSIC Life Sciences Area (Biology and Biomedicine subarea, 33%).

The example of successful professional women in their field is vital for future researchers to take the necessary steps towards the scientific career. In 2020, 33% of the national projects in the CSIC Life Area/Biology and Biomedicine Subarea were led by women. The IBMB, as an institute of the CSIC, improves that average, with 38% of PI women. Female researchers at IBMB maintain a very high level of scientific competitiveness internationally without having to give up their family and social life, if they wish.

Four Actions to increase diversity in Science at the IBMB

Many young students do not feel attracted to scientific and technological areas, in spite of their intellectual capacity. Several reasons account for this reality, from lack of referents and role models, to social stereotypes. This lack of interest is extremely clear among young women and individuals from South-american and African origin, and particularly evident in rural areas or in urban areas with high social complexities.

Our program aims to approach young students (particularly women from South-american and African origin, without excluding anyone) at very early stages to show them that scientific careers can be an appealing and engaging option.

We are approaching and visiting High Schools in disadvantaged urban areas of Barcelona. After discussing with the students about the role of women in science, the stereotypes, role models and the importance of scientific research, we offer them mentoring for their “Research Project (Treball de Recerca)” of “Batxillerat”. The Research Project is a compulsory high school activity that can be mentored by an external tutor.

With this program we expect to encourage scientific vocations, particularly among young women and individuals of South-american and African origins, and engage them in research.

We plan to initiate internal informal talks with young women and underrepresented scientists at all career levels. We aim to study the challenges hindering access of these groups to a long-term scientific career and to work internally in promoting the gender and international perspective as a transversal category in all aspects of our day-to-day life. This initiative will help to make visible to early-stage women scientists possible obstacles that they may face during their promotion, and help them to anticipate solutions. With this action, we also aim to draw attention to positive stories and role models. Science and Society cannot afford the current waste of highly qualified female talent, and we compelled to propose urgent actions.

3. Actions to raise social awareness of gender inequality in science

Even in the 21st century, 67% of European Citizens think that women lack the necessary skills for science such as rational thinking, analytical and practical mind and/or perseverance, among others https://www.theguardian.com/women-in-leadership/2015/sep/24/67-of-europeans-dont-believe-women-have-the-skills-to-be-scientists. Hence, the example of successful professional women is vital for future researchers to take the necessary steps towards the scientific career. Only when gender becomes irrelevant to how people view the person at the bench will equality in the lab even start to become a reality.

Female faculty at IBMB maintain a very high level of scientific international competitiveness. Through our experiences, we want to contribute to the elimination of prejudices, so that girls consider science as a real possibility in their lives.

We participate every year in the 11F initiative (International day of women and girls in science) in February giving talks and workshops in Primary and High Schools. We show the students what it is like to be a woman scientist and how exciting science can be. We raise awareness about the relevance of science in each person’s daily life, and educate and inspire the next generation of women as potential scientists.  Our previous experiences with this work have been incredibly enriching to both sides.

We also participate in the 11F initiative and the 8 March (International Women’s day) through our web page and social media with different outreach actions (see Gallery). On both February 11th and March 8th, we share stories on our social media and website about the women at our Institute. This year on the International Day of women and girls in science, we featured images of our women scientists showing their passions outside of science. We wanted to show that the female leaders at IBMB excel in their careers, but they can pursue other interests too.

Sexual or gender-based harassment in the workplace is also a form of gender-based violence that finds some of its foundations in discrimination based on gender. Research in this regard shows that only 1% of cases of sexual harassment or harassment for reasons of sex are usually reported despite the fact that more than 1,400,000 women have been sexually harassed in the workplace. There is evidence that young women are the most vulnerable and that there are significant differences between people in relation to the perception of what is and is not sexual or gender-based harassment.
The Inclusion, Equality and Gender Committee of IBMB, in coordination with the “Comisión de Mujeres y Ciencia” of CSIC and “Comisión Delegada de Igualdad”, present a firm commitment against any manifestation of gender violence at work.
We attach the “Prevention and intervention against sexual ans sex-based harassment” (English and Spanish) protocols and a complaint model. Please contact us through the mailbox folder (diversity@ibmb.csic.es).

From the Institute of Molecular Biology of Barcelona (IBMB-CSIC) we would like to acknowledge the LGTBIQA+ community for defending their rights and fighting for equality of these diverse realities. Being homosexual, trans or queer is still legally prohibited in eleven countries around the world, where three of them it can be punished with a death sentence. Facts such as the raising of extreme-right wing parties or illegalizing again the right to abortion (recent event on the United States of America) prove how easy is losing what once cost so much and how necessary is reclaiming the variety of our society, where the hetero-normativity is only one part of those many that forms our social environment. Specially, the discrimination trans people suffer regarding job offers, heading them towards horrible experiences that can affect for their whole life. Hereby, we remind everyone our institution is a safe place where anyone can freely express themselves and share their emotions and opinions.
“How many years has it taken people
to realize that we are all brothers and sisters
and human beings in the human race?”.
Marsha P. Johnson, black trans-woman, and AIDS activist. Even though the cause of her death is still “unclear”, her body was found in the Hudson River in 1992.
Women and Science, yes we can. At the Institute of Molecular Biology of Barcelona almost 40% of group leaders are women.

This is an endemic disease in all professional activities. However, in addition to the intrinsic obstacle that often implies to make compatible professional and family activities, in the scientific career we face a surprising added problem;  even in the 21st century, 67% of europeans think that women lack the necessary skills for science such as rational thinking, analytical and practical mind and / or perseverance, among others (https://www.theguardian.com/women-in-leadership/2015/sep/24/67-of-europeans-dont-believe-women-have-the-skills-to-be-scientists). Why are there only 18 female scientists Nobel Prize winners versus 590 men?

The example of successful professional women in their field is vital for future researchers to take the necessary steps towards the scientific career. In 2020, 35% of the national projects in the CSIC were led by women, the IBMB, as an institute of the CSIC, improves that average, having 37.93% of PI women. Female researchers at IBMB maintain a very high level of scientific competitiveness internationally without having to give up forming a family, if they wish. Counting their experience they want to contribute to eliminate the opacity on the scientific women so that young researchers do not abandon science. Society cannot afford this waste of highly qualified talent.

Do you need help, support or advice related to diversity, equality and inclusion?

You can directly contact any of us or use the following e-mail address for questions, any incident, initiatives or concerns you may have in this regard. Messages will be treated with the strictest confidentiality.

This website uses cookies to improve your experience while you navigate through the website. Out of these cookies, the cookies that are categorized as necessary are stored on your browser as they are essential for the working of basic functionalities of the website. We also use third-party cookies that help us analyze and understand how you use this website. These cookies will be stored in your browser only with your consent. You also have the option to opt-out of these cookies. But opting out of some of these cookies may have an effect on your browsing experience.
Necessary Always Enabled
Necessary cookies are absolutely essential for the website to function properly. This category only includes cookies that ensures basic functionalities and security features of the website. These cookies do not store any personal information.
Non-necessary
Any cookies that may not be particularly necessary for the website to function and is used specifically to collect user personal data via analytics, ads, other embedded contents are termed as non-necessary cookies. It is mandatory to procure user consent prior to running these cookies on your website.
SAVE & ACCEPT